Key indicators of identity theft dropped for the second year in a row in 2017. This includes a 40 percent decline in taxpayers reporting they are victims of identity theft in 2016. Since 2015, the number of tax-related identity theft victims has fallen by almost two-thirds and billions of dollars of taxpayer refunds have been protected. 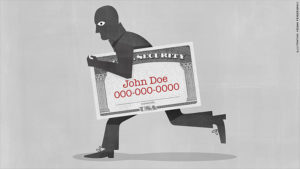 “These dramatic declines reflect the continuing success of the Security Summit effort,” said Acting IRS Commissioner David Kautter. “This partnership between the IRS, states and the tax community is helping protect taxpayers against identity theft. More work remains in this effort, and we look forward to continuing this collaborative effort to fight identity theft and refund fraud.”

The Internal Revenue Service, state tax agencies, and the tax industry have started their third filing season working as the Security Summit, a private-public sector partnership formed in 2015 to combat identity theft. Summit partners have put in place multiple behind-the-scenes safeguards that are helping protect the nation’s taxpayers.
Because the IRS and Summit partners have stepped up efforts to stop suspected fraudulent returns from entering tax processing systems, there continues to be a substantial decline in the number of taxpayers reporting that they are victims of identity theft.

These declines follow extensive Summit education efforts in 2017. The Summit partnership conducted awareness campaigns for tax professionals – Don’t Take the Bait – and for taxpayers – National Tax Security Awareness Week  – because everyone has a role in fighting against identity theft.

Last year, multiple data breaches from outside the tax system means cybercriminals have basic information on millions of Americans, such as names, Social Security numbers, and addresses. The steps taken by the Summit partners since 2015 help protect against fraudulent tax filings that use this basic data. As the IRS and Summit partners have strengthened their defenses, identity thieves are looking to steal more detailed financial information to help provide a more detailed, realistic tax return to better impersonate legitimate taxpayers. Because they need more personal data, cyber thieves increasingly are targeting tax professionals, human resource departments, businesses and other places that have large amounts of sensitive financial information. The IRS continues to see a number of these schemes in attempts to get taxpayer W-2 information from tax professionals and employers.

Everyone must be vigilant and alert. Both taxpayers and tax professionals are encouraged to: