The Internal Revenue Service today advised taxpayers about steps they can take now to ensure smooth processing of their 2017 tax return and avoid a delay in getting their refund next year. This is the first in a series of reminders to help taxpayers get ready for the upcoming tax filing season. 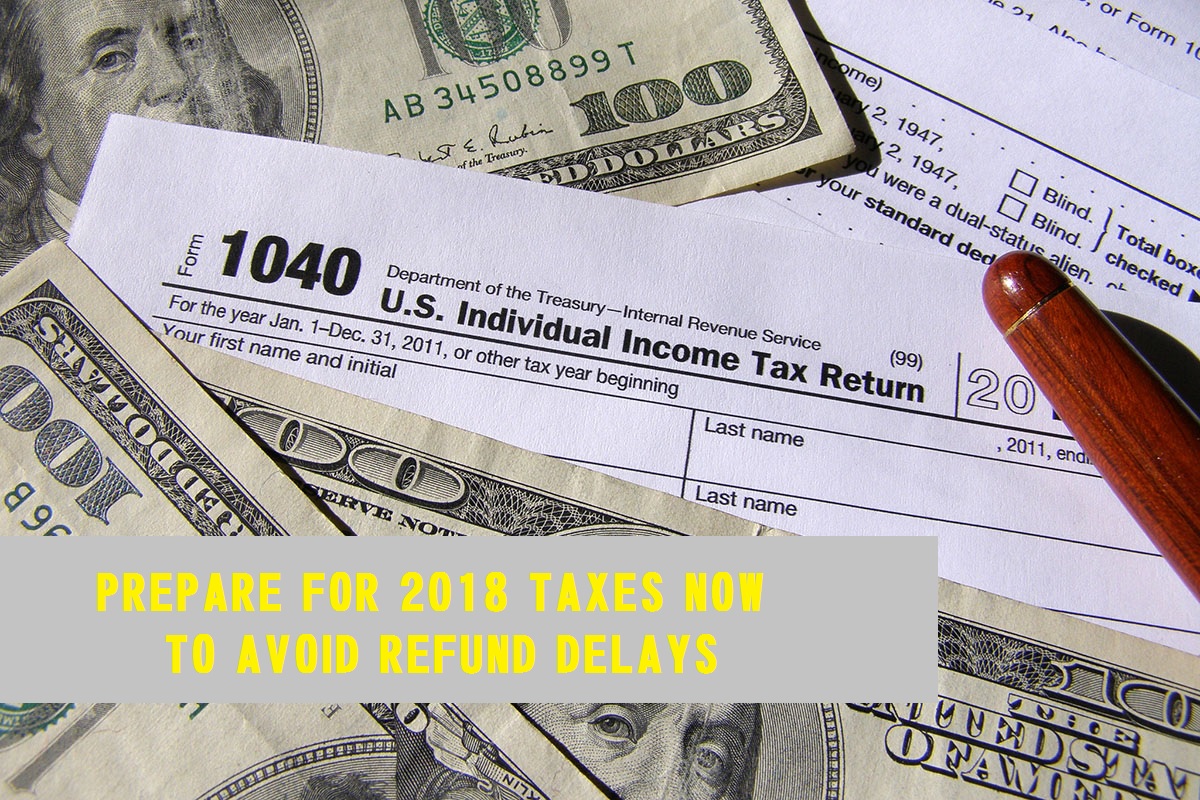 The IRS urges all taxpayers to file a complete and accurate tax return by making sure they have all the documents before they file their return, including their 2016 tax return. This includes Forms W-2 from employers, Forms 1099 from banks and other payers, and Forms 1095-A from the Marketplace for those claiming the Premium Tax Credit. Doing so will help avoid refund delays and the need to file an amended return later. Confirm that each employer, bank or other payer has a current mailing address.

Typically, these forms start arriving by mail in January. Check them over carefully, and if any of the information shown is inaccurate, contact the payer right away for a correction.

Taxpayers should keep a copy of their 2016 tax return and all supporting documents for a minimum of three years. Doing so will make it easier to fill out a 2017 return next year. In addition, taxpayers using a software product for the first time may need the Adjusted Gross Income (AGI) amount from their 2016 return to properly e-file their 2017 return. Learn more about verifying identity and electronically signing a return at Validating Your Electronically Filed Tax Return. 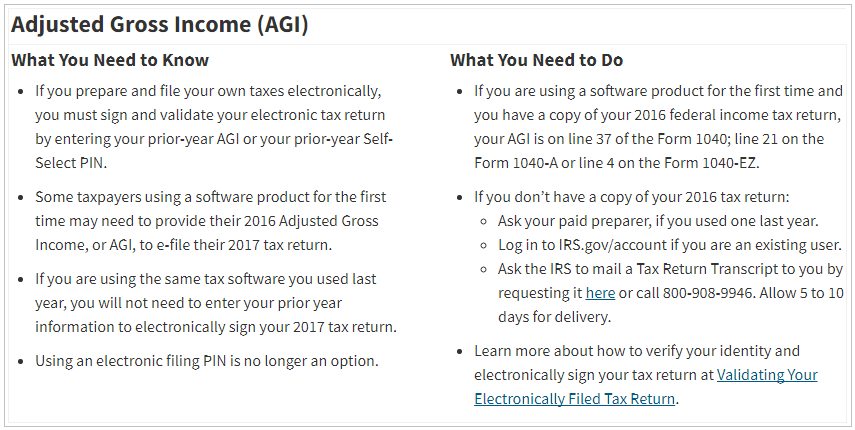 Some people with an Individual Taxpayer Identification Number (ITIN) may need to renew it before the end of the year. Doing so promptly will avoid a refund delay and possible loss of key tax benefits.

Once a completed form is filed, it typically takes about seven weeks to receive an ITIN assignment letter from the IRS. But it can take longer — nine to 11 weeks — if an applicant waits until the peak of the filing season to submit this form or sends it from overseas. Taxpayers should take action now to avoid delays.

Taxpayers who fail to renew an ITIN before filing a tax return next year could face a delayed refund and may be ineligible for certain tax credits. For more information, visit the ITIN information page on IRS.gov. 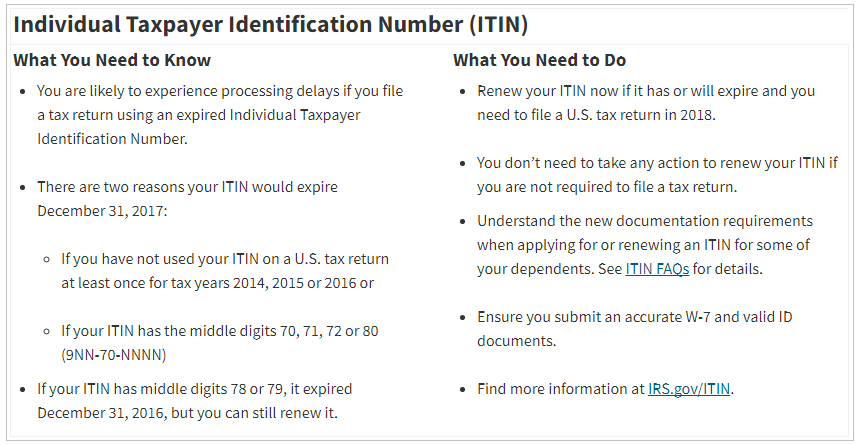 Refunds Held for Those Claiming EITC or ACTC Until Mid-Feb

By law, the IRS cannot issue refunds for people claiming the Earned Income Tax Credit (EITC) or Additional Child Tax Credit (ACTC) before February 15, 2018. The law requires the IRS to hold the entire refund — even the portion not associated with EITC or ACTC. The IRS expects the earliest EITC/ACTC related refunds to be available in taxpayer bank accounts or debit cards starting on February 27, 2018, if direct deposit was used and there are no other issues with the tax return. This additional period is due to several factors, including the Presidents Day holiday and banking and financial systems needing time to process deposits. This law change, which took effect at the beginning of 2017, helps ensure that taxpayers receive the refund they’re due by giving the IRS more time to detect and prevent fraud.

As always, the IRS cautions taxpayers not to rely on getting a refund by a certain date, especially when making major purchases or paying bills. Though the IRS issues more than nine out of 10 refunds in less than 21 days, some returns require further review. 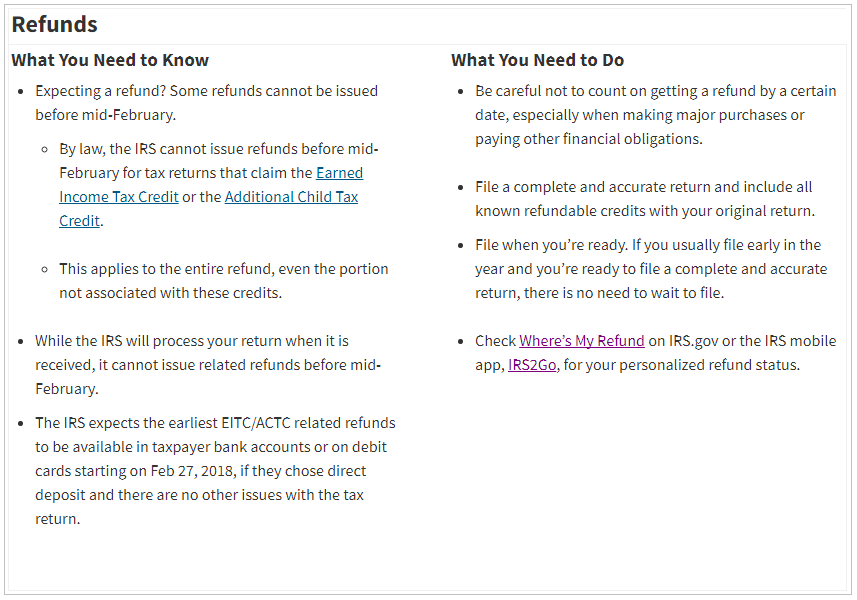 For a Faster Refund, Choose e-file

Electronically filing a tax return is the most accurate way to prepare and file. Errors delay refunds and the easiest way to avoid them is to e-file. Nearly 90 percent of all returns are electronically filed. There are several e-file options:

Combining direct deposit with electronic filing is the fastest way for a taxpayer to get their refund. With direct deposit, a refund goes directly into a taxpayer’s bank account. There’s no reason to worry about a lost, stolen or undeliverable refund check. This is the same electronic transfer system now used to deposit nearly 98 percent of all Social Security and Veterans Affairs benefits. Nearly four out of five federal tax refunds are direct deposited.

Direct deposit saves taxpayer dollars. It costs the nation’s taxpayers more than $1 for every paper refund check issued but only a dime for each direct deposit.